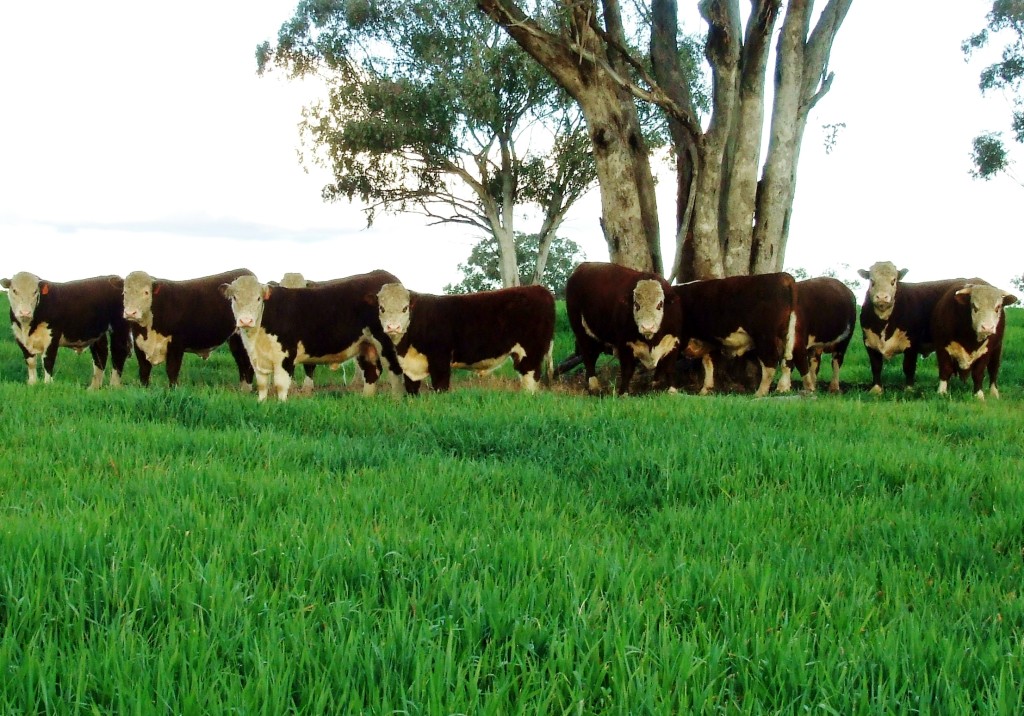 In 1933, the late KV Monie commenced the Thornleigh Hereford Stud at Thornleigh, Bingara where it was based until 2013. The herd is now based at North Torrakina between Delungra and Inverell.

Thornleigh Herefords have always been made to work hard and this will always remain the case. The philosophy has always been to operate the program with a strictly commercial focus and until recently, breeding cows were run in conjunction with sheep and therefore, have a terrific grounding in producing efficiently – they are fertile and strong in constitution.

The breeding herd of approximately 300 registered breeding females contains some of the strongest original female lines that have bred our best cattle including Snowflake, Loyalty, Juliet and Constance lines – there have been very few external lines of females introduced – the Bramble Katherine line being one of significance in recent years.

We are the third and fourth generation of the Monie family to run the Thornleigh herd – the longevity in breeding Hereford cattle we see as testament to the productivity of the Thornleigh female herd.

We welcome feedback on our program and encourage producers to talk to us about the areas where our cattle are performing well and in what areas we can make improvements.